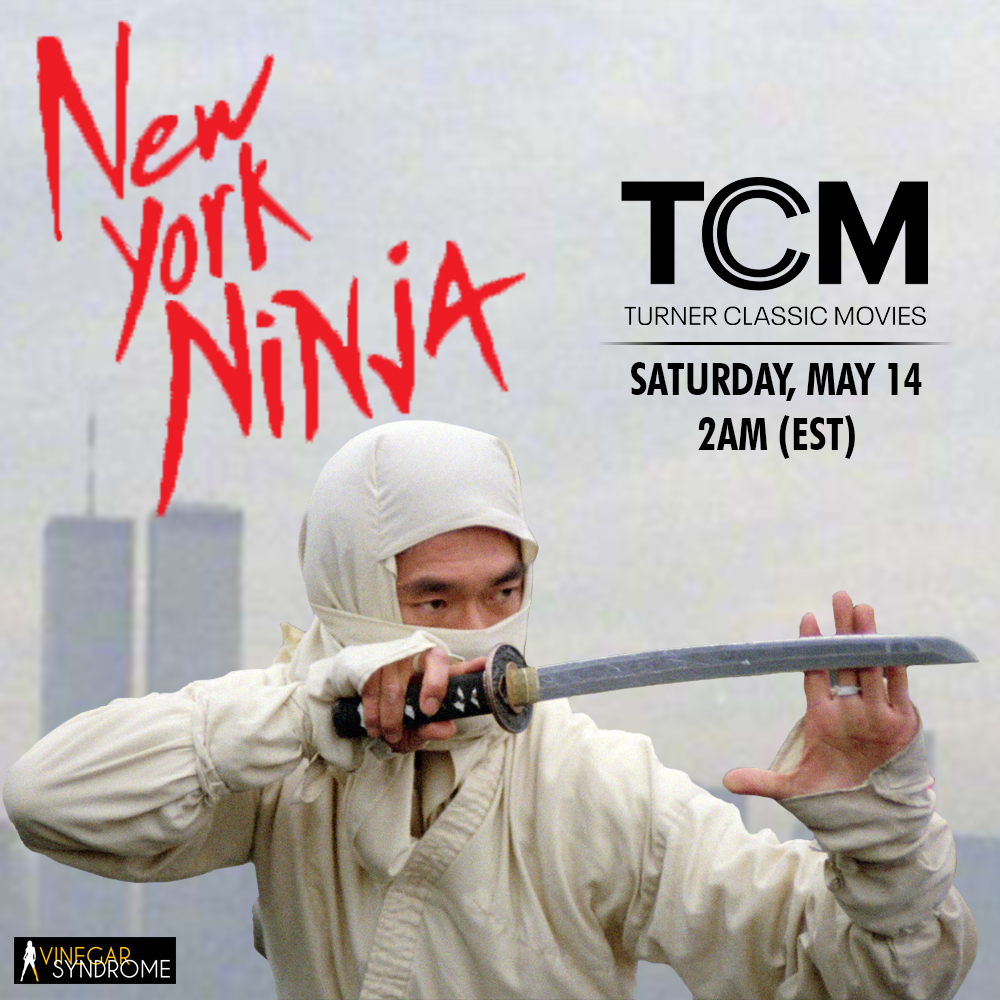 The long lost Ninja film New York Ninja, directed and starring John Liu (The Secret Rivals, Invincible Armor), gets its television premiere on Saturday, May 14, 2022 on Turner Classic Movies (TCM) at 2am EST. Originally filmed in 1984 but abandoned, the original camera reels sat on a pallet for decades until Vinegar Syndrome acquired the film and set out to complete the only American production John Liu undertook.

Kurtis Spieler, who lead the project, had to construct and edit a narrative from the reels. No original sound elements or script were available. Voyag3r were brought onboard to compose and record an original score and voice actors from all types of gene classics were brought in to voice the characters. Don “The Dragon” Wilson, Michael Berryman, Cynthia Rothrock, Linnea Quigley, Vince Murdocco, Matt Mitler, Leon Isaac Kennedy, Ginger Lynn and more round out the incredible achievement to bring New York Ninja to life, after almost 40 years.

John is just an average man working as a sound technician for a New York City news station, until one day his pregnant wife is brutally murdered while witnessing the kidnapping of a young woman in broad daylight. Turning to the police for help, John soon learns that the city is overrun with crime and the police are too busy to help. Dressing as a white ninja, John takes to the streets as a sword wielding vigilante hell bent on cleaning up the streets of the city he once loved by ridding it of muggers, pickpockets, rapists, and gang members. However, in John’s quest for justice, he soon finds himself the target of every criminal in the city, including a mysterious villain known only as the Plutonium Killer. Will John survive to become the hero that New York City so desperately needs?

Tune in to Turner Classic Movies on Saturday, May 14 at 2am EST. Also, keep a look out for New York Ninja theatrical performance times here.