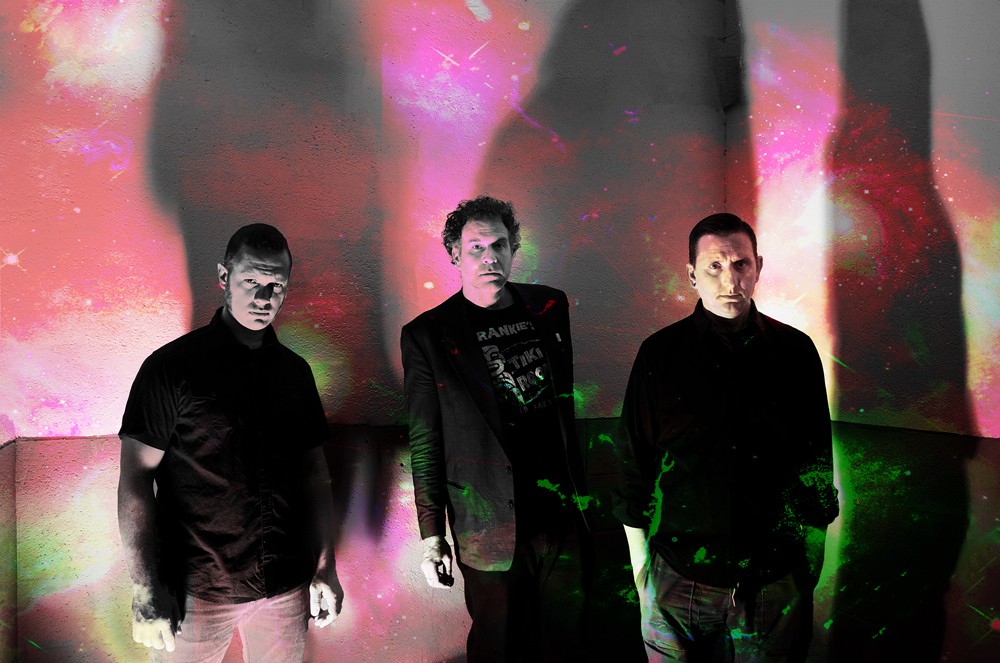 Pronounced “Voyager 3,” Detroit’s Voyag3r feature keyboardist Steve Greene, guitarist Aaron Greene, and drummer Greg Mastin. Inspired by the soundtracks to vintage horror, action, and sci-fi films, the trio creates experimental rock that owes a debt to pioneers like John Carpenter and shares a kinship with bands such as Trans Am, Teeth of the Sea, and Zombi.

Voyag3r recorded their debut single, “Victory in the Battle Chamber,” in early 2013 and released it in June of that year via Bellyache Records.The band entered the studio late in 2013 to record its first full-length. The results were 2014’s Doom Fortress; two songs from the album were featured in the short film Portal to Hell!, which starred “Rowdy” Roddy Piper. Later that year, Voyag3r issued the “Secret of the Ice Mountain” single. They returned in 2016 with the full-length Are You Synthetic? and contributed a track to the soundtrack to Rise of the Synths, a crowdfunded documentary about synthwave and retro electronic music. For 2019’s War Mask, the band emphasized its rock leanings as well as its roots in classic ’70s synth sounds and covered King Crimson’s “Red.” On Friday, September 3rd, 2021, Vinegar Syndrome announced New York Ninja, a lost and unfinished Ninja film from the 1980’s written, directed and starring John Liu. Voyag3r composed the films score after Vinegar Syndrome assembled the movie from the principal film reels, making is ready for release in fall 2021.

On November 17, 2021, Voyag3r launched their own official podcast, known as V3 Cast. On this podcast the band hangs out via Zoom and talks about all types of pop culture topics, such as films, music, books, comics, D&D and much more. They also share the latest Voyag3r news. The video version of the podcast is published to the official Voyag3r YouTube channel and the audio version is available on all podcast platforms.