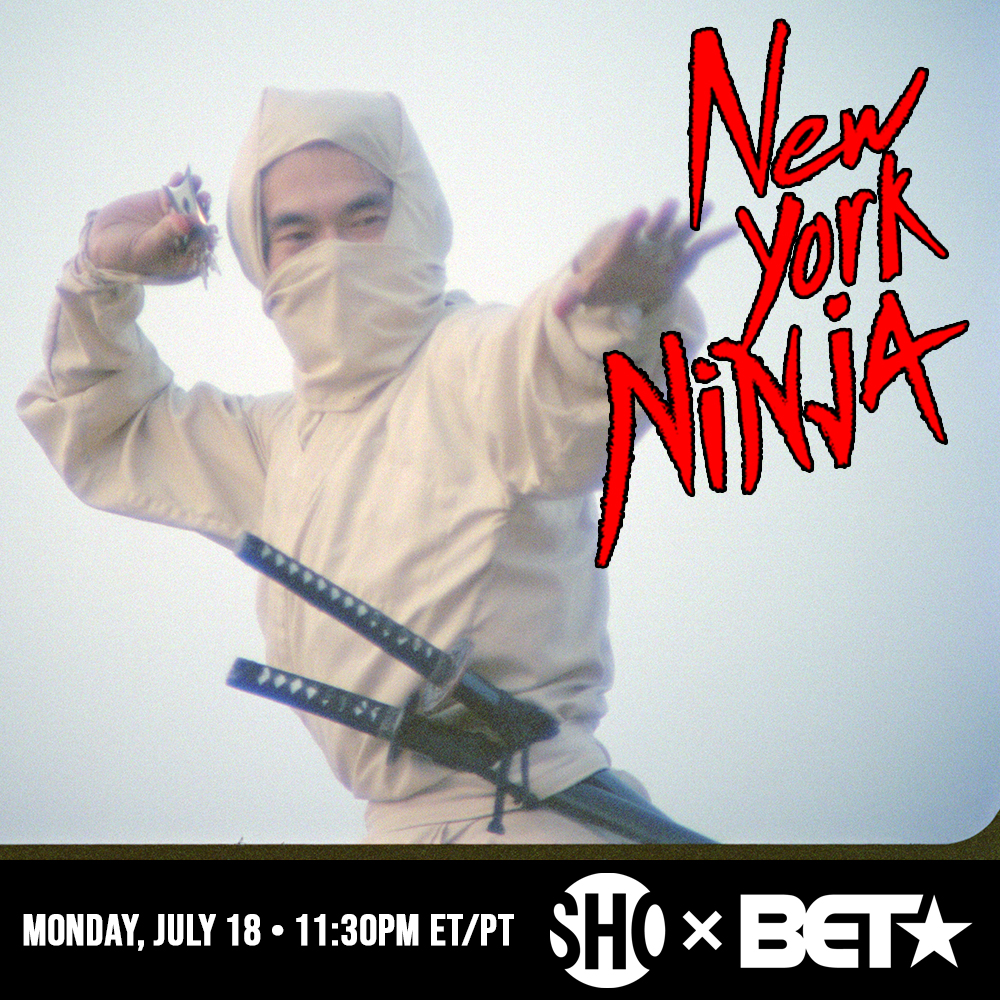 New York Ninja on Showtime: The peaceful life of average working man, John, is shattered by the brutal murder of his pregnant wife. Disillusioned by the police’s slow response, John takes to the streets as a sword-wielding vigilante hell bent on cleaning up New York City crime and corruption. But as his quest for justice gains notoriety, a mysterious villain known only as the Plutonium Killer sets his sights on the New York ninja. This over-the-top cult classic was recently restored thirty-five years after being abandoned during production.

Painstakingly brought to life from the original 35mm film negatives by Vinegar Syndrome.