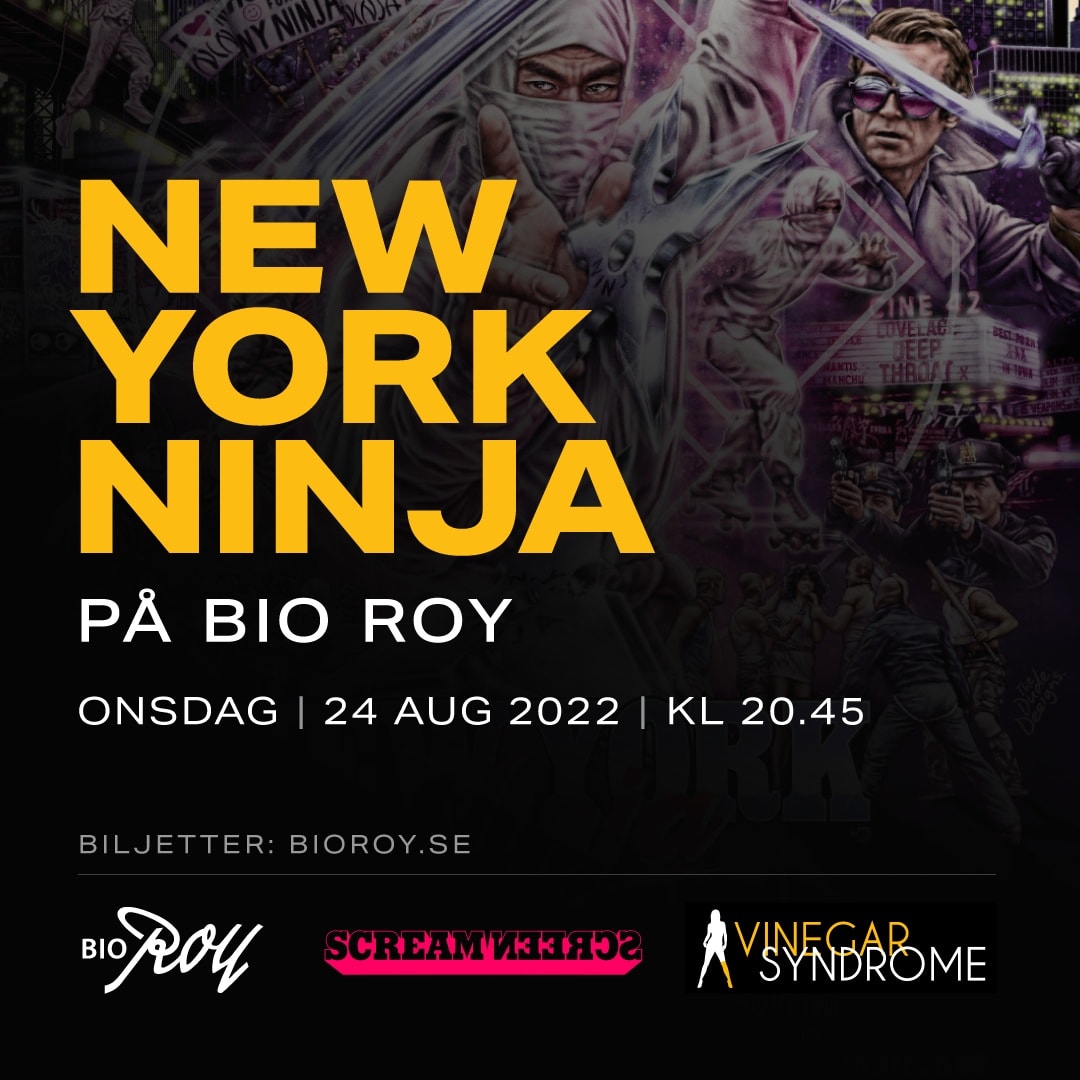 Sweden! Are you ready for NEW YORK NINJA?! Join us Wed. Aug. 24 at the Bio Roy Theatre in Gothenburg for a one-night screening at 20:45 as part of Den Dåliga Filmklubben! Thank you for welcoming Vinegar Syndrome and Scream Screen to Sweden! Tix at: https://bioroy.se

John is an ordinary guy who works as a sound engineer at a news channel in New York. One day his pregnant wife witnesses a kidnapping which leads to her murder. Desperate, John turns to an overburdened police force but soon realizes he must take matters into his own hands. Dressed as a white ninja, John enters the streets of New York to face robbers, pickpockets, rapists and gang members. In pursuit of John’s version of justice, he soon becomes the target of every criminal in town – including a mysterious villain known as the Plutonium Killer. Will John be the help New York so desperately needs?

New York Ninja was originally filmed by martial arts actor John Liu in 1984 but the project was abandoned and all audio material was lost over time. 35 years later, Vinegar Syndrome decided to start from the camera negatives and complete the film. Restored in 4K, New York Ninja is ready for the big screen after four decades – are you ready for New York Ninja?

To hear some of the New York Ninja soundtrack, visit our Audio page.