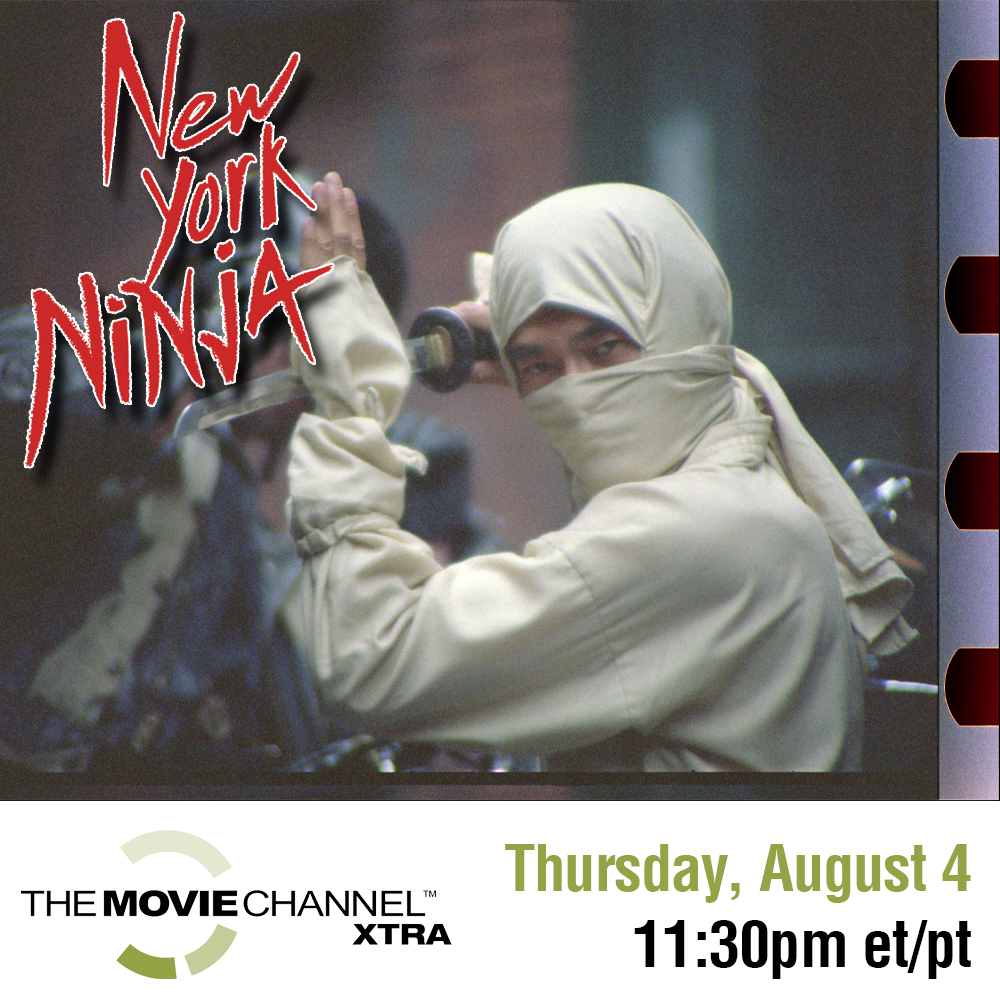 The peaceful life of average working man, John, is shattered by the brutal murder of his pregnant wife. Disillusioned by the police’s slow response, John takes to the streets as a sword-wielding vigilante hell bent on cleaning up New York City crime and corruption. But as his quest for justice gains notoriety, a mysterious villain known only as the Plutonium Killer sets his sights on the New York ninja. This over-the-top cult classic was recently restored thirty-five years after being abandoned during production.

Voyag3r provided an original score for the film and now you can enjoy John Liu’s only American production , New York Ninja, in the comfort of your own home! New York Ninja plays on Thursday, August 4 at 11:30pm ET/PT on The Movie Channel Xtra. Don’t miss it!